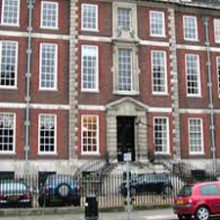 I was pleased to be representing PGUK at the R3 London and South East Regional Meeting on the 28th April. The venue for the meeting was Farrer & Co, Lincolns Inn Fields, London.

The meeting was hosted by Nick O’Reilly – Chairman R3 London and South East and the speakers included Peter Walton from the University of Wolverhampton and Graham Rumney the CEO of R3.

Starting the main presentation was Peter Walton. Peter was commissioned by R3 to provide empirical evidence regarding the levels of IP fees charged and, perhaps more importantly, the percentage of time costs routinely written off. The report had only just have been published so the meeting was the first opportunity to hear the findings direct from its author.

Other meetings I have attended tend to be a rather tense affair when the subject of IP fees come up, however on this occasion there was a clear acceptance it will be happening from October 2015 irrespective of any objections. The changes which will impact IP’s who work / quote on a time cost basis, they will need to provide an upfront estimate of fees. This differs from the original proposal which was to ban them all together.) This has been supported by R3 since 2011 and they are very pleased to see it become a reality as it will surely lead to greater trust and transparency in insolvency practitioners and their fees.

Graham Rumney covered his involvement in a pre-pack review which was the initiative of Home Secretary Theresa May. R3 have been working closely with the Insolvency Service and wider stakeholders to implement the recommendations made in the Government commissioned report. This has meant R3 hosting a number of events in conjunction with the Insolvency Service during 2014 and 2015.

Launch of the pool is due this year, although the revised SIP16 has recently been out for consultation. There is also a reserve power in the Small Business Bill to regulate or ban connected party sales should the Government judge that the reforms have not made a positive difference to pre-pack regime….watch this space.

All in all a very interesting and informative meeting by R3 once again and I look forward to the next one.