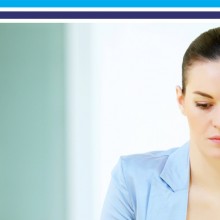 The Limited company was placed into Creditors Voluntary Liquidation in early 2014.  Personal guarantees were provided by Mr & Mrs ABC in respect of the indebtedness of the company (limited to £50,000).  Demand was made against the guarantors by the Bank in respect of the guarantees.  As of March 2014, the sums due were £50,000.

Mr & Mrs ABC acknowledge that the Bank were fully secured through a legal mortgage on their matrimonial home.

Once PGUK had checked the validity of the personal guarantee documents and legal charge documents a full evaluation of the clients financial circumstances was undertaken.

Once this was completed a fully documented and evidenced proposal was prepared and submitted to the Bank with an offer of settlement.

Mr ABC was now in paid employment and as such both MR ABC’s income and Mrs ABC’s income combined balanced their monthly household expenditure. With no surplus income it was not possible to make a proposal offer based on income.

The client’s assets comprised solely of their interest in their family home. The Bank having a second legal charge felt they could achieve a full recovery.

PGUK were able to argue that the value of the property at forced sale values, likely to be achieved if a sale and possession order was achieved, meant that the available equity (after the mortgage provider was taken into account) would result in a recovery to the Bank of between £6,000 and £31,000 dependent on the final sale value achieved.

The Estimated Outcome in the event of Bankruptcy was 22.5p in the £.

Following many rounds of negotiation and communication, the Bank finally agreed to an immediate, certain and reduced lump sum full and final settlement of £36,553.

Despite being fully secured, by evidencing the asset value and setting out the likely outcomes which could have been achieved through legal action, the Bank accepted these arguments and agreed a lump sum figure which was just 73% of the actual claim.

The claim took 12 months to settle and with accruing interest during this period also being written off the final outcome was even better for the client.